From A Local Band To Eurovision Superstars 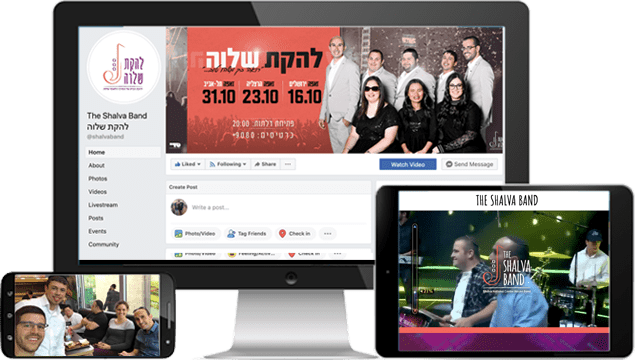 Located in Jerusalem, Israel, the Shalva Band was a well-known expression of the greater Shalva Center. Recognized by key leaders within around the world, including presidents and global business leaders, the Shalva Center had a history of being supported by key individuals who felt passionate about the work being done with Israeli children with special needs.

In 2018, the Shalva Center approached Goldfish Marketing. The Shalva Band was to premier on a local Israeli show (Kohav Haba), which resembles “American Idol.” The singing competition sends its finalist to the world-renowned Eurovision competition. Our team of strategists presented an outstanding proposal for brand building and reputation for the band within the nation of Israel.

A few of the key issues that our team addressed initially were:

Following multiple meetings with the Shalva Band’s leadership and directors, our team set out to bring the group’s content to millions of Israelis. Within weeks, our team successfully brought the Band’s video and audio content to well over 5 million Israelis, and the Band was on its way to being an Israeli icon.

The Shalva Band went on to be chosen as finalists in the show Kohav Haba, and ultimately was offered a place to perform on the stage of Eurovision. At this time, the Shalva Center asked for Goldfish Marketing to generate a timely campaign to grow the Center’s name on a global level. Our team worked with numerous news outlets, managed the organization’s social media, the band’s website, and accomplished targeted ad campaigns that brought their reach to well over 20 million individuals worldwide.

We’d love to get started on your company’s story of success together. Get in touch today for your free consultation. Call or send us a message now.